Auto Insurance in UK Compared to the Rest of the World

If you’re purchasing a vehicle in the UK, you might be looking at different insurance policies. It can be hard to decide what a decent price is. Fortunately, there are many sites like ours that help you make better sense of what the current market rates are. But sometimes it’s interesting to compare the UK against the rest of the world.

In this article, we’ll take a deeper look at the UK and how it stacks up in terms of price. You can get a better idea of the true value of your policy by comparing it to countries across the globe! 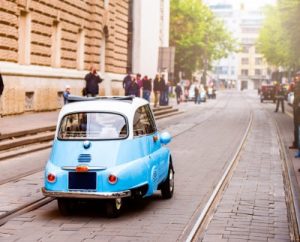 Most and Least Expensive Countries for Auto Insurance

To start, we’ll have a look at the most and least expensive auto insurance policies in the world. Later in the article we’ll further explore how this compares to the UK. Keep in mind, all comparisons are made in US dollars for clarity across multiple currencies.

If you’re on the lookout for cheap auto insurance, Russia is the place to be. In fact, the average auto insurance rate in Russia is just $40! An insane price considering how expensive car repairs can be. The only downside is that the national wage is quite low, meaning in comparison to wages, the price isn’t that unbelievable.

If you’re looking for cheap insurance in comparison to national wage, Japan is the place to be. The average wage is around $30,000, while the average insurance rate is just under $300. This is an unbelievable ratio given the nation is notorious for being quite expensive.

Sydney, Australia is known for being one of the most expensive cities in the world, and its insurance policies are no different. You’ll expect to pay around $1,175 here for insurance. While it’s a lot, there are still more expensive places.

The USA also has some of the most expensive insurance in the world, it’s average policy is around $1,706. Since the average wage in the country is around $50,000, it’s not a terrible ratio. 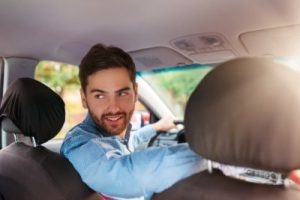 How the UK Stacks Up

So, how does the UK compare against these countries? On the whole, the UK is cheaper than the US, but more expensive than just about anywhere else. The average insurance policy will set you back around $1,500. On the other hand, Manchester and Liverpool have some of the world’s highest rates. Their average rates are around $1,800! A considerable jump up from the country’s average rates.

As you can see, the UK does have some of the highest car insurance premiums in the world. These rates change over time, but the global insurance market is quite connected – meaning rates may change along the same trends. Many of these rates seem to appear in-line with the average wage of the nation. But Japan is a serious outlier, they have managed to achieve both high wages and low car insurance premiums. For a country with an expensive cost of living and high congestion, this is a serious feat!