“Acts of God” in Auto Insurance

If you have a comprehensive insurance policy, you might think that everything is covered. Unfortunately, this isn’t the case. Insurance companies typically have exceptions for instances that they refer to as ‘acts of God.’ It’s important that you’re aware of this so that you don’t put yourself at risk – you need to make sure you avoid certain possibilities if you don’t want to be financially liable.

In this article, we’re going to take a deeper look at ‘acts of God’ and what they entail. Make sure to read your own policy if you want to have a better understanding of what you’re covered for. It may seem long and complicated, but it’s worth reading if you want to be as certain as possible about your coverage. 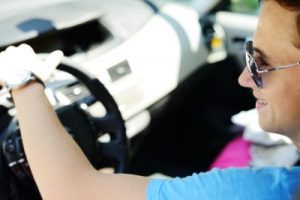 An act of God is simply an event that an insurance company is not held liable for. Insurance companies claim that these result from forces outside of their control, and therefore they are unable to predict the possibility of them. Below we will explain some common examples, but you should look at your policy or ask your insurer what they include under this title.

Natural disasters are the most common example. Hurricanes, tornadoes, earthquakes, and other large instances can all be lumped under this title. Insurance companies have no way of predicting certain natural disasters, so they often aren’t covered. If you live in an area that is prone to having many of these problems, you’ll want to be certain that you have coverage.

Natural disasters are horrifying enough without having to foot a large bill yourself. Make sure you check your policy or ask your insurer.

Another problem that typically gets factored into the category of ‘act of God’ is animals. For example, if you were on a road trip and a bear were to walk across the street and cause you to damage your vehicle, an insurance company might not pay out. This is because an insurance company is unable to predict the chances that an animal impacts your driving.

Another incident that falls into this category is war. Typically, insurance companies will not pay out policies if the damage is due to war or nuclear war. This is because they are unable to factor this into the risk of your policy. Also, in the case of a catastrophic war, there is a chance that the insurance company would not be able to cover the costs of extreme devastation. 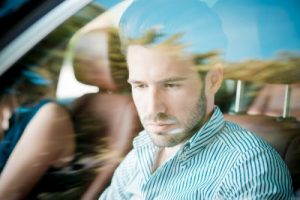 There are some policies that do factor in certain ‘acts of God,’ so you might want to check if there is one available for you. If you live in an area with lots of animals or natural disasters, it’s definitely worth the extra money to be covered for a catastrophic loss.

Don’t assume you’re covered. Just because your plan says comprehensive, it doesn’t mean that it includes everything. You really should be looking to minimize certain risks. Doing so means you will need to speak to your insurer about your options.