Why You Should Have a Dashcam

Dashboard cameras, more commonly known as dashcams, have been a hot topic among drivers lately, especially when it comes to documenting evidence in the event of an auto accident. This relatively new technology is being embraced by drivers and insurance companies alike for its ability to accurately record the events leading up to and during an auto crash. In fact, sales of dashcams in the U.K. increased by 918 percent from 2014 to 2015. If you are on the fence about whether a dashcam could be a good investment for you, consider the following advantages of having one installed in your car.

1. You Might Qualify for a Discount on Your Auto Insurance.

Many of the major auto insurance companies now recognize that a dashcam can be a useful tool in preventing accidents. Drivers are more likely to follow the rules of the road when they know that they are being recorded at all times. For this reason, dashcams reduce the risk that insured drivers will get into an accident and have to file a claim. Discounts for having a dashcam installed in your vehicle can range from 10 to 15 percent among the major auto insurance companies. This can amount to significant savings on your insurance bill and may even help you qualify for additional discounts down the line by reinforcing safe driving habits.

2. You Can Reduce the Stress of Having to File an Auto Insurance Claim.

In the event that you are involved in an auto accident, you can avoid all of the frustrating and time-consuming processes of figuring out which driver was at fault for the accident. Often times, there are plenty of discrepancies as to the fault for an accident because no one wants to deal with increased car insurance rates or having to pay personally for damages in an accident. With a dashcam, the evidence related to the accident will be preserved in an irrefutable format. For this reason alone, the investment of purchasing a dashcam will be well worth the time and money you will save in the aftermath of an auto crash. You can preserve your good driving record and ensure that you will not get involved in expensive legal claims regarding any accident that you are involved in.

3. Protect Yourself from Insurance Fraud Schemes. 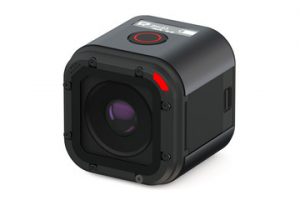 Unfortunately, there have been incidents reported of drivers intentionally luring other motorists into a collision as part of an insurance fraud scheme. These schemes have been referred to as “crash for cash” scams. The way the typical scheme works is that a driver seemingly gives permission to another motorist to continue through an intersection. However, the scheming driver then drives into the other motorist to cause an accident. After the collision, the driver that hit the other car knows that his or her auto insurance rates may increase for having a claim on record. In exchange for the driver’s agreement not to make a claim, the defrauded motorist hands over cash.

If a dashcam had been involved in this despicable scheme, the defrauded driver could be confident that he or she would not have to pay for any damage. In this scenario, the potential savings in not having to pay the scammer would most certainly cover the cost of purchasing a dashcam for your vehicle.

As you can see, there are strong reasons why drivers in the U.K. are embracing dashcams in their vehicles. While more auto insurance companies are beginning to offer significant discounts for the installation of a dashcam, this is just one of the financial incentives for drivers to consider purchasing and using a dashcam. They are also an effective way to protect drivers from getting caught up in unfortunate scams in which other motorists attempt to lure a driver into a crash and then request cash for not filing a claim. If you are involved in an accident, having a dashcam will mean that it will be much easier to prove which driver was responsible for the crash.