Worst Cities for Driving in the U.K.

Unless you only drive on Sunday mornings through the English or Welsh countryside once in a blue moon, chances are good that you’ve encountered some bad driving conditions and even worse drivers. Driving in the city can be irritating, stressful, dangerous or outright frightening, but some cities are worse than others are. Naming the absolute worst cities for driving in the U.K., however, depends entirely upon which criteria you use: traffic, bad drivers, road rage or road accident injuries.

Most Congested Cities in the U.K. 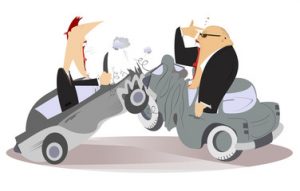 If you are measuring the worst cities for driving by traffic congestion, the TomTom Traffic Index is considered one of the world’s leading authorities, and in March 2016, the Belfast Telegraph reported the latest results.

The reason Belfast took interest in the story is because the city was named the most congested in the U.K. According to the TomTom Traffic Index study, average travel times are about 40 percent slower than they would be in freely moving traffic. However, this rate increases to 86 percent slower during evening rush hour, which is up by 6 percent over 2015.

The average driver in Belfast is said to waste more than eight days of his or her life waiting in traffic over the course of a year, which is nearly double the amount of time estimated in last year’s study. The other U.K. cities in the top nine worst congested are ranked as follows:

Cities With the Most Road Rage 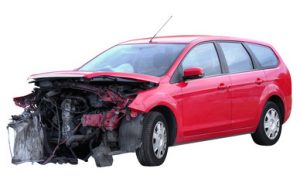 Everyone who drives has experienced road rage at some time in their lives, whether they are the ones experiencing the rage or are the ones on the receiving end, but just how bad the problem really is was revealed in a 2015 report issued by Privilege Insurance. According to this report, detailed in both the Mirror and the Independent, an incident of road rage occurs an average of every 20 minutes in the U.K., which is once for every seven miles of road.

It seems that those most likely to give in to road rage are older men, with men 69 years of age as the worst offenders followed by men 79 years of age, men 50 years old and women aged 39. The report went on to say that drivers with the worst tempers spend about five months of their lives spewing their anger at other motorists. However, half of the recipients of road rage do not simply turn the other cheek. Rather, they become furious themselves and strike back with their own torrents of anger.

Cities in the U.K. were ranked by the percentage of drivers who report experiencing regular incidents of road rage, and those at the top of the list are as follows:

Worst Drivers in the U.K. 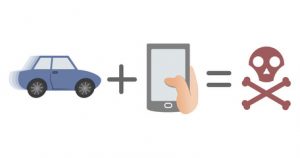 In 2016, the Mirror continued to report on driving in the U.K. by revealing the cities with the worst drivers. The popular media outlet took on the task by analysing the 2.8 million drivers in the U.K. with points, or endorsements, on their licenses, which come about by being caught committing driving offences.

The results of the analysis are nothing short of shocking, as the top eight post codes for driving offences are all in Glasgow:

Most Injury Claims From Road Accidents

In December 2015, the Institute and Faculty of Actuaries reported the top six cities in the U.K. with the most personal injury claims. The cities were ranked by the percentage of accidents with third-party claims as follows: